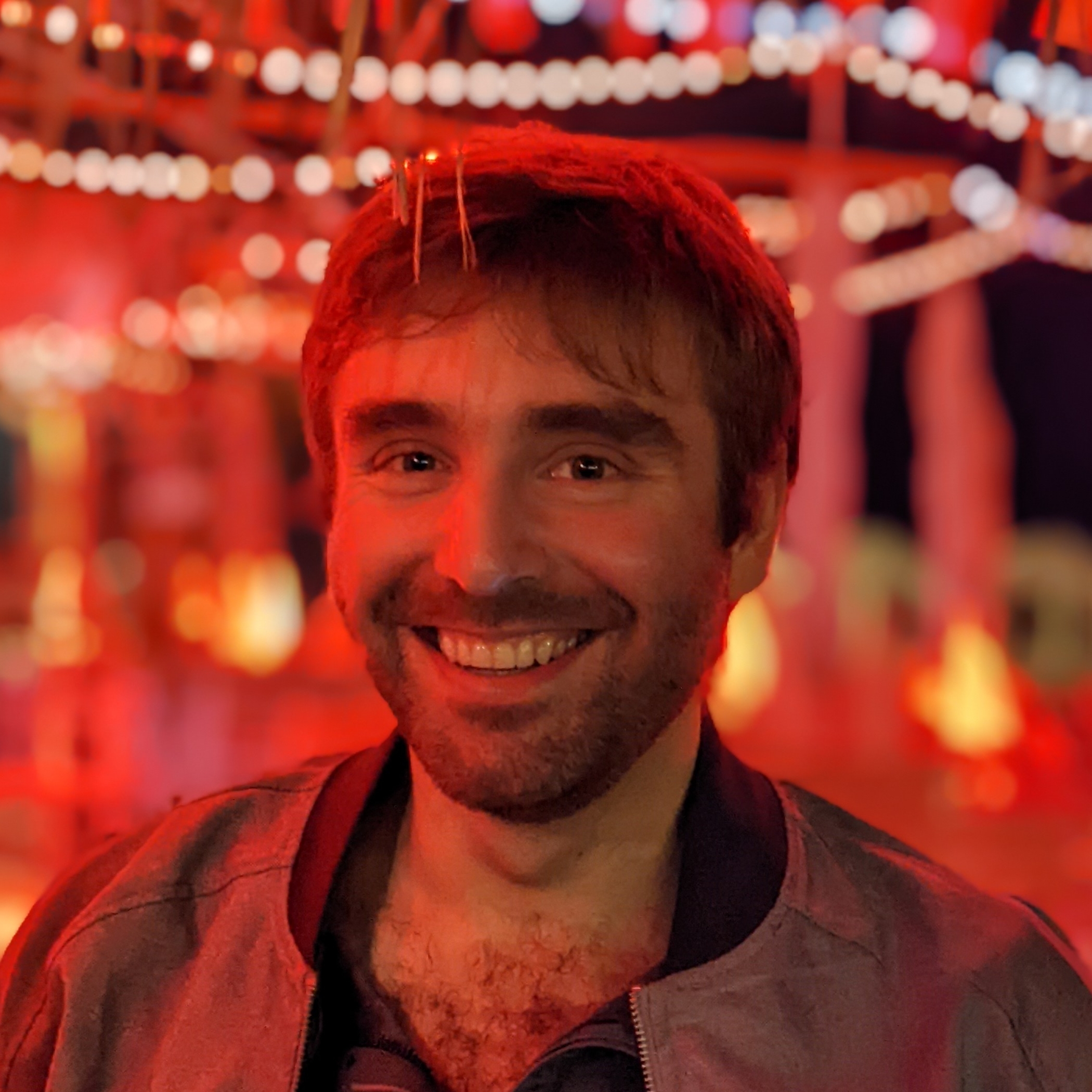 I am Danny Willems. People describe me as a "Software Engineer", a "Cryptography Engineer" or a "hacker". I try to use my developer and mathematician skills to build softwares, libraries and companies to reach a better society according to my values. My values include, but are not restricted to, privacy, egalitarianism, (effective) altruism and more recently veganism. When possible, my work is released publicly in open-source and for free.
My current interests are research works on arithmetization-oriented cryptographic primitives efficient in zero-knowledge protocols and in standard CPU architectures, cybersecurity and low-level code optimisations.
Nowadays, I like getting my hands dirty coding in C, OCaml and Rust. Constantly requiring to be in an intellectually stimulating environment.

Advanced cryptographic protocols such as Zero-knowledge (ZK) proofs of knowledge, widely used in cryptocurrency applications such as Zcash, Monero, Filecoin, demand new cryptographic hash functions that are efficient not only over the binary field $\mathbb{F}_{2}$, but also over large fields of prime characteristic $\mathbb{F}_{p}$. This need has been acknowledged by the wider community and new so-called Arithmetization-Oriented (AO) hash functions have been proposed, e.g. MiMC-Hash, Rescue–Prime, Poseidon, Reinforced Concrete and Griffin to name a few.

PlonK is a universal and updatable zk-SNARK for general circuit satisfiability that allows a verifier to check the validity of a certain NP statement very efficiently, optionally in zero-knowledge. PlonK requires that the NP relation of interest be expressed as a system of so-called PlonK constraints. Such conversion is complex and can be implemented in various ways, having a great impact on the prover complexity (which is typically linearithmic in the number of PlonK constraints).
We propose several general results for simplifying PlonK constraint systems, which produce more compact but equivalent systems and can lead to significant performance improvements. We also develop an automated optimizer of constraints, based on our techniques, that can be used to construct very compact and less error-prone constraint systems, favoring a more auditable circuit design.

To a typed language for modular programming

Modular programming consists of splitting programs in components called modules. In the functional programming language OCaml, the core and the module language are ruled by different typing systems. In this work, based on the calculus DOT, we develop a typing system and a subtyping algorithm for a language where the core and module languages are indistinguishable. For instance, functions and functors have the same types and records and modules are not different objects. We also describe a surface language "à la ML" making it easy to write programs. In addition to that, we provide an OCaml implementation of the typing and subtyping algorithm.

Invitation to give a talk during ZKProof5 in Tel Aviv to present the work on Anemoi & Jive, available here.

Octez: an OCaml implementation of the Tezos protocol (Dec 2019 - Present)

Tezos is a blockchain that offers both consensus and meta-consensus, by which we mean that Tezos comes to consensus both about the state of its ledger, and also about how the protocol and the nodes should adapt and upgrade. For more information about the project, see https://tezos.com.

This library provides efficient C and OCaml factory implementations of hash functions like Anemoi, Poseidon, Rescue or Griffin over the scalar field of BLS12-381. Notable users include Plompiler, a monadic Domain Specific Language embedded in OCaml that can be used to build circuits for aPlonK.

Plompiler: a monadic Domain Specific Language embedded in OCaml than can be used to build circuits for aPlonK (2021 - Present)

Programs written in Plompiler are typed to increase safety and can be compiled to their circuit representations or interpreted directly in OCaml for testing. Together with the circuit, Plompiler also returns an efficient one-pass solver that given an input finds a valid assignment for the wires of the circuit. Additionally, Plompiler contains a generic optimizer capable of significantly reducing the size of commonly developed circuits. Flamegraphs can be generated to inspect the generated circuits and guide the optimization of each primitives. The library also features a highly performant set of primitives for hashing (Poseidon and Anemoi) and signing. My contribution are sporadic, e.g. when a new primitive has to be implemented or when peer-coding with the cryptography team at Nomadic Labs.

Mec provides modular implementations of (prime) finite field and elliptic curve cryptographic primitives like hash functions and signature schemes. The library aims to ease the development of (modular) experimental protocols in OCaml and does not aim to be used in a production environment. Notable users include Epoxy, an implementation of validity rollups integrated as a first class citizen in the Tezos protocol, for testing purposes.

The library provides implementations of polynomials over finite fields, including routines like (i)FFT.

ocaml-chia-vdf: OCaml wrapper for Chia's class group based VDF (May 2022)

OCaml wrapper for Chia's class group based VDF project.
Notable users include the Tezos' protocol Kathmandu to improve the randomness generation.
My contribution has been mostly at the beginning of the project, consisting of writing the OCaml bindings to the C++ codebase.

OCaml arrays are not always contiguous piece of memory, requiring accessing different chunks of memory when accessing individual elements. When requiring a value in memory, the CPU will fetch the RAM and load not only the particular value but a memory page (a contiguous piece of memory) and add it to its cache. The CPU will use its cache to load the values in its registers. It is not efficient with large OCaml arrays as the CPU will constantly fetch the RAM to load different memory pages in its cache. Also, when using the C FFI, the user must know the memory representation of an array and use the non user-friendly low-level interface macro Field.
This library provides a polymorphic interface mocking a subset of the Array interface to work with contiguous piece of memory. Using the library should be as easy as adding module Array = Carray.

Seum: OCaml DSL and tool to write and compare programs in assembly, in a typed and "safe" fashion way (June 2022 - Present)

Writing performant applications might require to write low level assembly code following a specific assembler syntax like GAS or NASM and when the code is written, OCaml developers must write boilerplate code in C and in OCaml to bind the hand-written assembly routines to expose it into a library. Also, comparing two routines implementing the same algorithm in assembly is hard because they might be implemented in different assembler, might use different ISA or request access a different number of time the memory.
Seum aims to embed a syntax close to the NASM syntax in OCaml to write typed assembly program. Parsers for different assemblers are provided to be able to compare programs using the internal Seum representation. A cost model is implemented counting the number of CPU cycle each instruction requires in addition to counting the number of memory accesses and registers used, providing more precise comparisons of algorithm implementations. Additionnally, using the embedded syntax, OCaml bindings to the assembly code can be automatically generated. Calling the assembly code directly from OCaml like any other function should also be possible and straightforward. The OCaml developer has never to write assembly in a different file and can threat assembly code like pure OCaml functions.

WIP (Dec. 2022) - Optimised OCaml binding to the library arkworks. Investigating the replacement of the low level library used by Epoxy, the validity rollup framework built for the Tezos protocol. More info to come.

A list of OCaml bindings to build mobile applications in OCaml using the web framework Cordova.

LeakIX is the first platform combining a search engine indexing public information by scanning Internet and an open reporting platform linked to the results.
We intent to provide a preemptive solution by trusting individual researchers and security companies on the most sensible data we index by delivering a clear report on the incidents, we also help to identify what information has/could be affected and how to resolve the issue.
Our first goal is one of prevention, all the voluntary reports are free and no sales attempts are made on LeakIX's side.
We ban sales attempt that would take advantage of the issue to sell shady security services.

Nomadic Labs are Tezos blockchain experts. Working on the core development, evolution and adoption of the Tezos protocol in BENELUX.
Working in the cryptography team, focusing on the development on zero-knowledge protocols, mainly the project Epoxy, a validity rollup for the Tezos protocol. See my open source contributions for a (non-exhaustive) list of work contributiosn. Check my GitLab and my GitHub for my coding activity.

Lead developer/engineer on the accounting system (partially the risk system), including a real time crypto/FIAT transaction detection across multiple blockchains.Managing the infrastructure, the development, the release and the new features around the blockchain and accounting projects. Working on some parts of the trading system too. In general, participating in the main developer tasks.
B2C2 is a leading cryptocurrency marketmaker.
Brokers, exchanges, hedge funds and family offices around the world trust us to deliver seamless execution in the major cryptocurrencies and fiat currency pairs.
We provide 24/7/365 liquidity for Bitcoin, Ethereum, Litecoin, Bitcoin Cash, Ripple, and Ethereum Classic in USD, GBP, EUR, JPY, SGD, AUD, CAD, CHF and more. We also offer synthetic exposure to crypto.

Social network around sports.
The platform is built using OCaml and the Ocsigen technology. During the internship, I was responsible to improve the framework Ocsigen Start, which consists of a template to bootstrap a complete standard applications require users management, displaying tips, sending notifications to the users. The template allows to build the server and the client services, and can generate mobile applications using Cordova.

A mathematician who is not also something of a poet will never be a complete mathematician. -- Karl Weierstrass